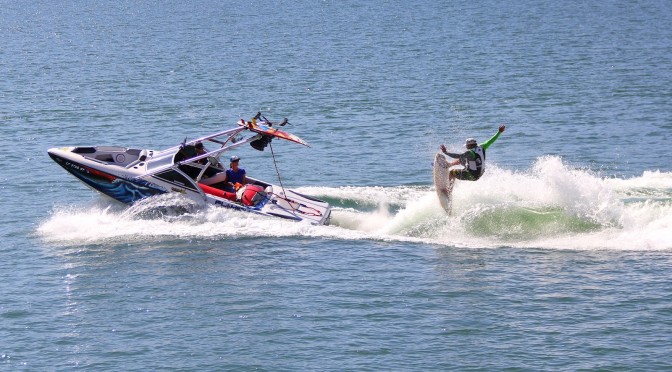 Wakesurfing is closely what it sounds like and from this video, the surf addicts or wake surfers’ uses a surf wakeboard to surf the waves created by the wake of a boat.

The wakesurfers use a tow rope to get themselves into position behind the boat but they don’t begin surfing the wake until letting go of the rope. They are doing everything freestyle -just like a surfer. The overall mechanics and moves associated with the riding in the video are the same as if a person was riding an ocean wave.

Right surfing wakeboard is used here, wake surfing in the video is done behind an inboard ski boat. The boat is driven fairly slowly from the look it doesn’t go over 9 to 14mph, as the wake surfer are not attached to their board while towing. As they surf, the natural friction of the water slows them down as well. Wakesurfer invest greatly in wake surf ropes, definitely, the shorter design of wake surf ropes used makes the maneuvering necessary and wake surfing much easier to the riders here.