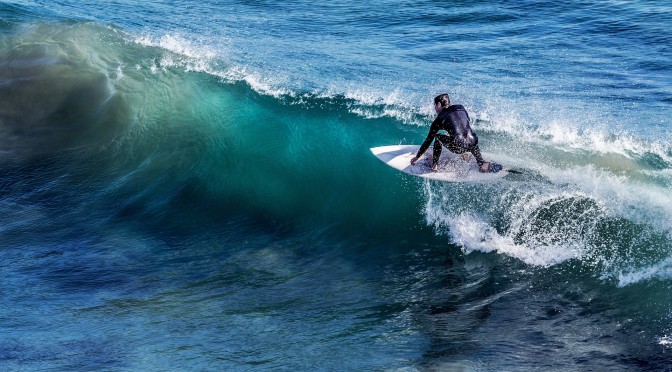 Surfing is a very challenging and exciting water sport that a lot of people enjoy. Many people enjoy riding big waves, watching the sunset, and feeling the adrenalin rush when a big wave comes. Surfers from all over the world travel thousand miles to the best surf spots in the world. The adventure of surfing does not only give them the enjoyment of sport itself, but also new cultural experiences. They easily make friends with other surfers from other countries, blend with the local culture, learn a little bit of the local language from the locals, and sample the local cuisine. Through the adventure, surfers can expand their network and share their exciting experiences with others. Some of the best surf spots in the world become their main travel destinations, although sometimes they find hidden treasures around the main spots that are also great.

The first surf destination that is also known as a surfers’ paradise is Gold Coast, Australia. Located in the southeast corner of Queensland, Gold Coast offers the sunny subtropical climate and several perfect beaches for surfing. The waves are one the most consistent in the world and therefore it is very easy to get a good wave. The number two surf destination is Mentawai Islands, Indonesia. Located in the western coast of the island of Sumatra, the archipelago consists of four main islands that block waves from reaching the mainland Sumatra. Hence, you will always find big waves around the islands. Jeffreys Bay, South Africa, is number three on this list. Located in the Eastern Cape Province of South Africa, the bay consists of several beaches with good waves, but the waves are especially great during winter time. Super Tubes, which is one of the popular beaches in Jeffreys Bay, plays host to the annual Billabong Pro World Championship Tournament. Your adventure of surfing in those three paradises is guaranteed to be amazing.

Besides the three surf destinations above, there are several other locations which are equally interesting, such as Fuerteventura (Spain), El Salvador, Costa Rica, California (United States), Bali (Indonesia), Santa Catarina (Brazil) and Samoa. These places offer great waves and beaches that are worth visiting. Your adventure of surfing is a never ending adventure as there are just so many great places for surfing around the globe. Just make sure you go those places in the right time as the waves are also better during certain times of the year.