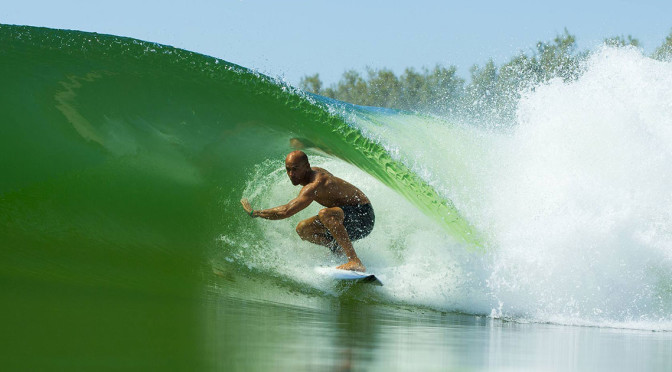 Kelly Slater is a phenomenon.  Over the last two decades he has consistently pushed professional surfing, led the way in surf training and dominated the competition.  Has there ever been another athlete that has dominated their sporting scene with such intensity for such a long duration?

He busted onto the surfing scene twenty years ago and was the youngest surfer to ever take the crown and pick up his first world title.  He has been a dominant force to be reckoned with ever since. Every year he sends shivers down the spines of new tour surfers who know his ability to tear waves and competitors apart.

While taking the sport to new limits he has become an incredible athlete with a huge variety of sporting skills encompassing speed, timing, endurance, power, flexibility, agility, determination, balance and of course surfing specific fitness.  Has surf training and his competition record made him the greatest athlete ever?

If you feel any negativity coming up that’s ok, let it pass and try again, all you are doing is getting the feeling of completion.  There might be a certain part of the move you usually mess up, stay with it until you see yourself flowing through that movement with perfect technique.  Visualize every last detail so it becomes alive.  Once you have a good feel for the move, try visualizing it from another person’s perspective, as if you are watching yourself surf.  Make the scene as realistic as possible again, see yourself catch a wave, surfing confidently and completing the desired move with ease.

Do these visualizations regularly, they will build confidence and a sense of possibility in your surfing.  You’ll soon be approaching the move with full commitment and believing that you will make it. Previously you may have been giving it your best but the negative thoughts were sabotaging your efforts, meaning your best was less than 100%.  Now you will be running at 100%, you will completely expect success, and I bet you will see some drastic improvement, both in your surfing and the amount of fun you will have.