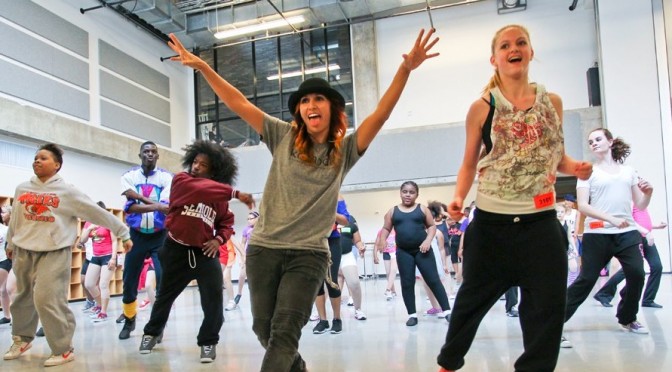 Having a trip to Portugal? Don’t miss the great opportunity to take dance classes in Portugal, one of the most popular country among dancers all over the world.

With TakeGuru.Com it will be available very easy to find, select and book in advance dance courses online when you are having a vocation or business trip or even just travelling in Portugal.

This service will definitely make you a great offering according to your preferences, what you need, where you can choose between the most popular Portugal dance schools and instructors.

To take you on a little course of the most popular and famous Portugal dance styles:

Portugal, located on the western edge of continental Europe, in the Middle Ages was the real mistress of the sea, thanks to its advantageous geographical position and strong fleet. It favored the spread of Portuguese culture, including dance, around the world.

Portugal had two kinds of waltz, two types of fandango, and baylariko korridino, and dozens of other types of dance. Moreover, each of these dances have a rich history and unique technology.

Historically, the dances in the country accompanied guitar, tambourine and other percussion instruments. In rare cases, the dance was positioned as a complement to the recitation of folk tales. More recently, in Portugal, a new type of dance in which as an accompaniment electronic music was synthesized with older traditional musical instruments.

Clothes for dancing vary depending on the type of dance. Sometimes, the dancers wear traditional clothes and the same type, but in some cases, the dress code is informal, which is evidence of the difference in class and social status.

A characteristic feature of classical Kizomba is slow, “stringy” straight bit, which in modern music is formed by electronic instruments. Kizomba 4/4 time signature. As a rule, kizmobe every four cycles (16 bits) begins a new musical theme. At one time it was quite a popular belief that the rhythm of the Kizomba songs, which are sung in Portuguese – is the Kizomba, and those that a French – CCT. Zuka Kizomba music and are very similar, but still for an experienced ear can hear the difference. But this distinction is not a language, and music.

Beginning approximately in 2010, Kizomba is becoming more and more popular among people dancing salsa in the world. By 2012, they began to appear specialist dance school which teaches only Kizomba and even discos, on which dancing only or mainly Kizomba Kizomba. Perhaps the explosive growth in the popularity of Kizomba connected, on the one hand, with the desire to dance schools where studying, say, salsa, bachata and other Latin American dances, offer the public a new product, but on the other – a relatively easy development of this dance people without choreographic preparation and extremely “comfortable”, catchy music Kizomba.

Many Portuguese dances for centuries were tied to the celebration of seasonal festivals, including the harvest festival and the beginning of spring, as well as a solemn event dedicated to religious events. Local and national dances equally taken from the pagan and Christian traditions. For example, a ceremonial rite of “Carriage” combines some of the features of the pagan and Christian holidays.

On the dance in Portugal, as well as on other aspects of the culture of the country since the 17th century, it had a significant impact mutual cultural exchange with its colonies. Because of cultural cooperation between Portugal and Brazil, which at that time was a colony of Portugal, Portuguese contemporary dance has acquired some of the features of Afro-Caribbean dance. For example, the samba is a hybrid of Portuguese and Afro-Brazilian dance.

On the other hand, language and dancing farapeyra were affected by Malaysian dance, which came into the country from the Portuguese colony of Malacca. Bran is a power and beloved older generations dance, while farapeyra – it’s fast, fun dance, which is more suitable for the young and unmarried people.

By the way, with TakeGuru online service your can find and book the best dance courses during your trip abroad. Just go here!

Dancing in the countryside

Many Portuguese villages have long-established rituals and dance styles. For example, in villages near Miranda performed annual “Dance with a stick.” A week before the show, the performers wander through the streets, collecting voluntary assistance for celebration. Sami dance performances represent a group dance acrobatics decorated with long sticks.

Don’t miss the opportunity to take part in the famous all over the world Portugal festivals. It will be the hell of a fun especially after getting into the dances after taking the dance classes where professionals in Portugal will introduce you to those beautiful celebrations and customs.

Today, the rich history of the Portuguese dance is best represented during the Carnival festival in Madeira and burning belts in Coimbra.

Read More  Why you Should Try Portugal Surfing?

The port on the Praça da Liberdade in the night of June 24 held a feast of the Apostle John. In late June, the festivities take place in Braga Sao Joao, lasting two days and collected in numerous processions huge number of believers. In Obidos in October, a festival of early music. In Coimbra in May Student Festival held Quemoy dos Fitush. Every year in late April – early May in Madeira held a noisy and cheerful carnival colors, and in September – a colorful celebration of the grape harvest (celebrated with 1419). In the winter in Madeira carnivals are luxurious, colorful fairs and village festivals, and fireworks over the bay of Funchal.

If you are interesting to find and book dance classes in Portugal, please use TakeGuru service. Click here!

In the Azores, San Miguel, on the first Sunday after Easter is arranged so-called “Procession of patients” on the road strewn with flowers. In the fifth Sunday after Easter procession pass and a big national holiday in Ponta Delgada. On the day of St. John (June 24) held the largest and most popular holiday in the Azores – Feast of St. John with celebratory bonfires and colorful processions. In the last week of August is held a week whalers in Lazhish do Pico, in Faial – Week of the Sea (first Sunday in August), in the Santa Maria – music festival-Mare d’Agostu (end of August), in Sao Mateus – holiday Bondarchuk Dzhezhush (August 6), and in Pico – Feast of the Holy Spirit (Sunday, Monday and Tuesday after Dukhov days).